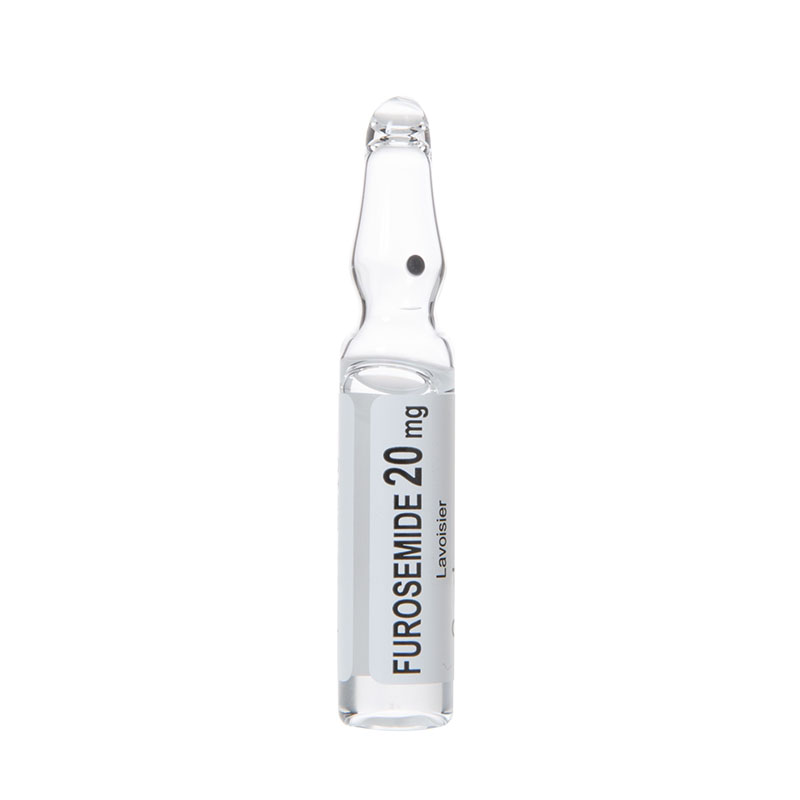 Furosemide is available in glass ampoule with an OPC (one point cut) opening system.

With the usual therapeutic doses, Furosemide has an action primarily on the upper limb of Henle’s Loop, inhibiting first the reabsorption of chlorine, then of sodium. Furosemide exerts a minor action on diluting segments of the distal tubule.

Furosemide potentiates renal blood flow to the benefit of the cortical zone. This propriety is of particular interest in association with beta-blockers which may produce the reverse effect.

Furosemide does not modify glomerular filtration (this latter was shown to be higher in certain conditions). Saliuretic action raises accordingly with the doses administered and persists in patients with renal insufficiency.

Antihypertensive action and other actions :

Hemodynamic action is characterized by the decrease of the pulmonary capillary pressure even prior to onset of diuresis, and the increase of the capacity storage of venous vascular bed shown by plethysmography (Studies of these properties were mainly focused on IV administration).

Furosemide treats all forms of sodium retention with response proportional to dosage.

Product only available at the hospital