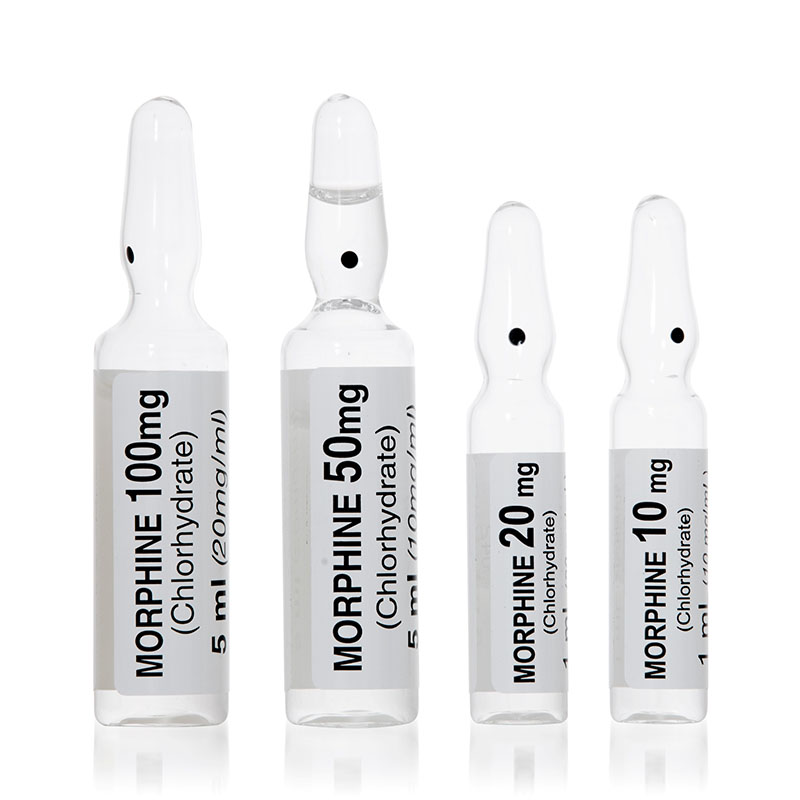 Morphine hydrochloride is available in glass ampoule with an OPC (one point cut) opening system.

Morphine has a dose-dependent analgesic action. It may act on psychomotor behavior and cause, depending on the dose and background, either sedation or agitation.

On respiratory centers and that of cough, morphine exerts from the onset of therapeutic doses, a depressive action. The depressor respiratory effects of morphine subside in chronic treatment. Action of morphine on the vomiting center, (via the chemoreceptor trigger zone (CTZ), particularly through stimulation by pain and cochleo-vestibular space), and on gastric emptying endows it with variable emetic properties. Finally morphine results in myosis from central nervous system.

Action on the smooth muscle :

Distribution :
After resorption, the binding of morphine to plasma proteins accounts for 30 %. Morphine crosses the hemato-encephalic barrier and placenta.

Metabolism :
Morphine is highly metabolized in glucuronoconjugated derivatives which go through an enterohepatic cycle. 6 -glucuronide and normorphine are two active metabolites of the substance-mother.

Note : warning, the therapeutic indications can change according to the dosages

Product available in hospitals and drugstores